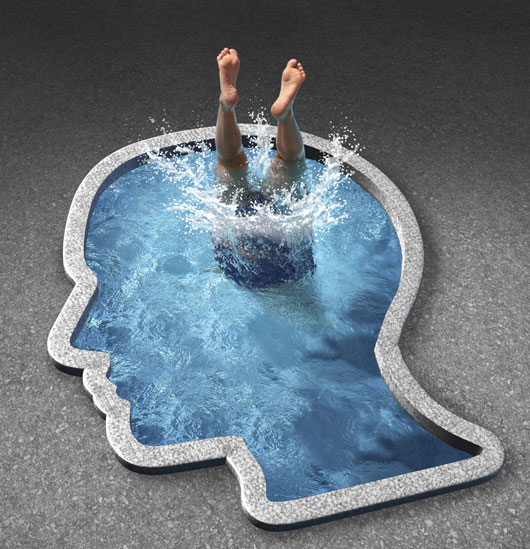 The world has had its punishing cataclysms, some delivered by nature, others by the hand of man. It has had some surprising social victories to celebrate, including progressive decisions by the US Supreme Court, and a demonstration of the awesome power of forgiveness in a Charleston church. Personally, I’ve had some unforgettable, joyful travel adventures and shared some soul-nourishing times with people I’m glad to have in my life. I’ve also lost some dear friends. Three women who I love have lost their longtime partners to cancer.

So, yeah, my feelings have been working overtime.

And that’s the natural response to the highs and lows life throws at you. In fact, despite the pain of sorrow, I think we long to experience emotions. It’s in our DNA. It means we’re alive. Maybe it even keeps us alive. My thesis is that emotions give our journey on earth meaning and significance, perhaps even more than the worldly successes we strive so hard to achieve.

People need to feel. And that’s why I think people read to feel.

While storytelling may be about connecting through narrative with ourselves, with others, with our past and future, with our common humanity, and with the rules of the road in life – as well as being the purest form of entertainment – it has a cardinal rule. And that rule has to do with emotion.

Filmmaker Andrew Stanton (Toy Story), in his fantastic TED Talk, The Clues to a Great Story, in 2012, said storytelling must do one thing above all else:

What is it that moves readers’ hearts? What conjures in readers’ imaginations a reality that, for a while, feels more real than their own lives? What glues readers to characters and makes those characters objects of identification: people with whom readers feel intimately involved, about whom they care, and whose outcomes matter greatly? Emotions. When readers feel little or nothing, then a story is just a collection of words. It’s empty.

You’ve heard this all before, haven’t you? As an abstract piece of wisdom, it seems so obvious it scarcely needs to be said. Of course storytelling must evoke emotions. It’s right here in my How To Be A Great Writer 101 notes. Got it. Let’s move on.

Actually, let’s not. Let’s stay right here in the complicated, shape-shifting, constricted, psychedelic, colourless, loud, passionate, confusing, silent, elating, scary, inspiring, tragic, heartwarming, tense, quicksand-filled world of emotional landscapes. Okay, let’s get out the roadmap and see where we are. Oh, right. I forgot. There is no road map.

We know a lot about emotions. Life is full of them. Psychology books dissect and explain them. We all feel them, personally. We can call upon all that knowledge to tell how something feels. Oops … did I say “tell”? Yes, that’s the trap, isn’t it?

So, following the fiction prescription of Show Don’t Tell, we can probably describe the visible clues that convey our character’s feelings. The glistening eyes that speak of sorrow held in check. The muscular tension of anger. The white-knuckled grip of fear. The glowing face of love. That’s better, right? Well, maybe.

But here’s the challenge. Getting across to a reader that a character is experiencing an emotion is not the same as getting the reader to experience an emotion. Far from it.

As Maass says, “Familiar emotions, especially when in neon lights, have little effect on readers.” He cautions against the extremes of “warm” emotional landscapes bestrewn with flowery purple prose, and “cool” emotional landscapes so devoid of overt feelings they’re like deserts of the heart.

So, let’s go back to Stanton’s cardinal rule: Make Me Care. It’s not just about intensity, or even authenticity. It’s about connection.

And that, naturally, leads us to character. If a reader doesn’t care about the character, can’t relate to him and what he’s experiencing, isn’t emotionally engaged in the outcome, all your attempts to write with emotion fail. The words just lie there on the page, dead on arrival.

Of course, you’ve heard all this too. Make your character relatable! Lure the reader into caring about him! Let’s say you’ve zoomed ahead of many writers (hopefully going beyond the simplistic advice of giving your character a flaw, because people are reported to love flaws, so any character with a flaw must be automatically relatable), and you’ve managed to achieve this wonderful state of character grace. Congratulations!

Now when you convey your character’s emotions, the reader should definitely feel something, right? Well, maybe.

What? There’s more to this emotional landscape navigation? Sorry, but the answer is Yes. Hey, if it were easy, everybody could be a bestselling novelist!

For example, there’s cliché avoidance, which applies to emotional stimuli and responses just as it applies to character, language and other elements of fiction. Two-dimensional (aka cardboard) emotions, predictable responses, melodrama – these don’t move readers at a deep level. Maass talks about the power of more nuanced emotions that surprise, that conflict, that intrigue and provoke.

The character’s dog is hit by a car and dies? Yes, that’s horribly sad, and it’s natural for the character be broken-hearted. But what else does he feel that adds dimension? Anger at the driver who hit his dog, or at himself for letting the dog run out on the road? Remorse and regret if he ran over it himself, in a mindless hurry to get somewhere? Secret relief that his life is simpler without a dog, that he’s now free to take that trip to Kathmandu? Self hatred at feeling this relief? Delayed mourning for his dead mother who gave him the dog when he was a teen? Fresh resentment for his girlfriend, who never liked his dog? What if there’s something about the circumstance that he actually finds funny, and is stricken with intolerable guilt about this taboo response?

It could be a simple case of boy-loses-dog. Or a much more nuanced case of boy’s-karma-runs-over-his-dogma. Sorry, I couldn’t resist a bit of black humour, so to all you dog lovers out there, please don’t send me hate mail.

Although, if you did, it would suggest something important: I Made You Care.

And that’s why, as writers, we open our own veins and bleed all over the paper. Everything we reveal about our characters also reveals something about ourselves. Writing with emotion in a way that really touches and engages readers to feel something means writing from the heart.

Or, as some of the greats would put it …

It’s all about passion. Heart is what drives us and determines our fate. — Isabel Allende

Fill your paper with the breathings of your heart. — William Wordsworth

What comes from the heart goes to the heart. — Samuel Taylor Coleridge

I love writing. I love the swirl and swing of words as they tangle with human emotions. — James A. Michener

I want to make you laugh or cry when you read a story … or do both at the same time. I want your heart, in other words. If you want to learn something, go to school. — Stephen King 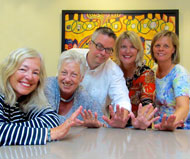 Let us tell you a story …

This blog began as the story of how five daring writers bravely set off on a daunting mission. On September 5, 2012, we each vowed to write a whole new novel in just five months. We invited you along as we blogged (and slogged) our way toward those magic words "The End". But we didn't stop there. Starting September 5, 2015, we're doing it all over again! We'd love to have you in our cheering section – or better yet, join in the challenge. Click on our photo to read more about this crazy bunch.