Who knows more about great suffering, I ask you?

June 5th, Yager’s War was finally sent to an agent who’d requested it. Like most things worth doing, this was not achieved without great suffering. Or at least great silliness. Especially when it comes to the copy-editing,

The writing of the novel was fun. The rewrite a lot of work.  A LOT. Then I did up the first final draft and sent it off to my trusted readers. They came back with suggestions, ideas and concerns. I dealt with them all.

Then came the dreaded copy edit. Now, some people have minds fo copy-editing. Smart people. People who can do the NY Times Crosswords in pen. The people who beat Jeopardy winners to the questions. People who can quote Shakespeare instead of Snoop Dog.

Not me. I am like that dog in Up. I get distracted very easily. My mind’s always thinking of something. Like where did I put my Def Leppard tape from the 80’s? Or why did Ares try to convert Wonder Woman when clearly, she wasn’t all about the whole ‘let’s kill mankind’ thing.

But I got some help from my friends and did the best I could. I went slowly. I used Gammarly. I blew up the font to be so huge, it could be read from space (so I wouldn’t start actually reading the story and get all lost in it.)

And then, after a freaking month, 459 pages, I finished.

But for laughs, here’s what I found.

I had to look up the crazy stuff like is adam’s apple capitalized? Well, it turns out, yes, yes it is. Adam’s apple. (I’ll take stupid things the English language does for 200.

Or you can ask Bill Maher. Wait, too soon?

I found that I had written gate instead of gait. Oh, I knew the difference, but somewhere in my brain, gate came out. I did the same thing with hanger and hangar that my critique group still giggle about.

I actually wrote, “bowels of soup” instead of “bowls.”

Looked up if herring should be capitalized (grammarly said yes, but google says no, so, I, ah, guess it’s kinda dealer’s choice.) I went without.

Later, I wrote, “on the table above the table.” I had to wonder if I’d been drinking that night. Or just up too late.

Then I found that I’d written, “whipped the anger from his face.” which made me giggle. 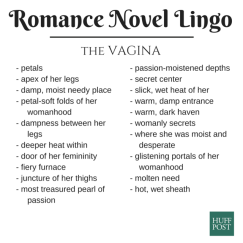 From the Huff Post. They know their women’s bits.

I spent an hour, I kid you not, trying to find good words for lady bits. Then another hour reading about the time-line of genital slang. Then briefly thought about using stiff deity instead of erection. But, my cop, being from Chicago and all, would probably not have used that term. Makes me want to write a novel using that as a title. (See how I can get distracted.)

I made lots of comma errors, plenty of ‘he’ instead of ‘the’ mistakes, buggered up the paragraphing somehow from one document to another, and even accidentally copy-and-pasted a deleted chapter back into the final draft.

This is how I imagine the book cover. Only with the shadow of a man in a coat and hat looking all detectivie

But it’s all done. Yager’s War, 109,000 words is out there. A story set in Amsterdam in 1940 about a Chicago Detective who races against the clock to find his missing sister before the Germans invade.

(Copy edited by the Prettiest-girl-in-the-world). 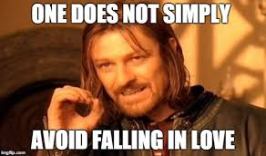 Listen to what Boromir says.

It’s something I’ve been struggling with as I rewrite my novel, Yager’s War, for submission.

Set in 1940, it tells the story of a Chicago detective in Holland trying to find his missing sister before the Germans invade.

When I first wrote it, it had more of a mystery feel. Dead bodies. Gun battles. Lots of tough guy talk. Some hot sex. But from my writing group and my dedicated readers, it became clear that I needed to shift it a bit, and focus on the humanity of the story. Less Jack Reacher and more Gorky Park.

Why? Because I’m trying to write a deeper story. A story with emotional weight.

I spent a TON of time reworking my first 50 pages to see if I could hit this goal, and after many tears, much staring off into space, and a lot of bugging a published writer friend of mine, I think I finally got the right feel to the story. Good pacing. Some heart. Compelling characters in a compelling story.

For most of 2017, I’ve been hard at work recrafting the rest of the novel to be as good as those first 50 pages. It’s been hard and, frankly, a lot of the novel has been totally rewritten. It’s sort of like doing a kitchen renovation where all you want to do is replace the sink and end with redoing the counters, cabinets, floors, lights and adding a 75” TV, cuz every kitchen should have one.

But perhaps the toughest part has been letting go of some of my best writing. There was one scene that I loved. I loved writing it the first time. I loved reading it the second time. And the third.

It was powerful. It was emotional. Hell, I think I even gotz all the grammar right.

But here’s the horrible truth, a truth that we writers must face sometimes.

It no longer works.

The story has evolved in such a way that this beautifully written passage was no longer relevant.

It was hard to let it go.

But then I remembered what someone told me about letting go of things I’d collected in my house. You know, the sentimental things – the ashtray that my mom used to use, the chair my grandfather made that was now nearly in tatters, the 10,000 VCR tapes that I’d collected over the years… the things to which you attach memories, the things that have meaning but take up an awful lot of space and you no long need.

Well, someone said take a picture of those items so you’ll always have the memory. And, you know what? That worked like a charm. A friend saved me from being a hoarder.

So I applied the same principal to that nice bit of writing. I didn’t take a picture of it, but cut it out of the story and pasted it into a file called, “Things Joe Can’t Delete but Loves.” Like my original Sim City from, like, 1989 which hides somewhere in my computer games file.

Doing this allows me to move on.

And, hey, it can be resurrected.

In my mind, I imagine my kids looking at this after I die and saying, my goodness, Joe REALLY could write. Who knew? 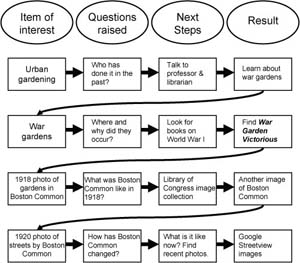 By the way, please check out this site by William Cronon – http://www.williamcronon.net/researching/

So it’s begun. The researching. Or more accurately, the research has begun to pay off. My first books began to arrive, including a history on Amsterdam. I dug out my old books on WW2 like Anne Frank, The Iron Heel (Jack London), and the Bernie Gunther novels by Philip Kerr (about a German detective before and during the war.)

People have begun to email me back. One amazing gentleman gave me links to the Dutch police during the war. Later in the week, a person at the Dutch Resistance museum led me to a half dozen sites about the resistance.

But the biggest haul was from my friends. They sent me links to look up. They hooked me up with parents or grandparents who had been in Holland during the war. They phoned people on my behalf, brainstormed people or organizations I could contact (like the Dutch consulate!).

I have to say that two weeks ago, I was lost as to how to get the research done. Then I did something us introverted writers hate to do. I talked to people and I asked for help. With the exception of one person, so many people have been keen to help out.

And how cool is that?

So what have I learned?

Without a doubt, an amazingly beautiful woman.

Audrey Hepburn was in Holland during the war and that’s super odd since, in my mind, she was the face of the love interest in the book. The policing in Holland was a mess of organizations. That plays well into the story. When the Germans occupied the country, being Germans, they cleaned up who did what, making it all efficient, but before that, it was like the FBI, DEA, state police, local police and the park rangers all trying to figure out who had jurisdiction.

There’s still a lot more to learn. Like I said in my last post, the most important being those details that bring a world to life. Food. Social structure. History, myths and legends. And Helga may be right, the best way to get those is to visit a place. If only I had the money.

If only I had a time machine.

Wait, is there one on Amazon? If not, maybe one of the world traveling 5/5/5 could go in my place!

In the meantime, I have juggle two competing interests. I do love history. Love-Love-LOVE it, but I could spend the next two years looking stuff up, talking to people, following links and get exactly 0 pages written.

So I took another stab at the first 10 pages.

In my mind, these first 10 pages were awesome and amazing and something Hemingway would have said, “Dang, yo, you nailed it.” But somehow, when I actually put pen to paper, it came out all crumply and awkward.

Does that ever happen to anyone?

Check out Chuck Wendig’s funny-ass blog on the subject.

So that was the week. Nothing earth shattering in the way or writing or research, but a good start. With all that’s going on in my busy, amazing new life, a ‘start’ is good.

Anyone who may have links, suggestions, questions, or people I can talk to, please reply, write me an email, give me a call or contact me telepathically.

Best Show Last Week – Big Hero 6. We loved it more than the kids. It made me laugh, it made me cry. It made me want to have a balloon-shaped robot.

Pages written on New Book – minus 10. I consider what I wrote so bad that it actually sucked the life OUT of the book.

Health – so so. Can’t shake this damn cold!

Best Thing Last Week – The information about policing in Holland, but I also got my library mostly done!

Let us tell you a story …

This blog began as the story of how five daring writers bravely set off on a daunting mission. On September 5, 2012, we each vowed to write a whole new novel in just five months. We invited you along as we blogged (and slogged) our way toward those magic words "The End". But we didn't stop there. Starting September 5, 2015, we're doing it all over again! We'd love to have you in our cheering section – or better yet, join in the challenge. Click on our photo to read more about this crazy bunch.